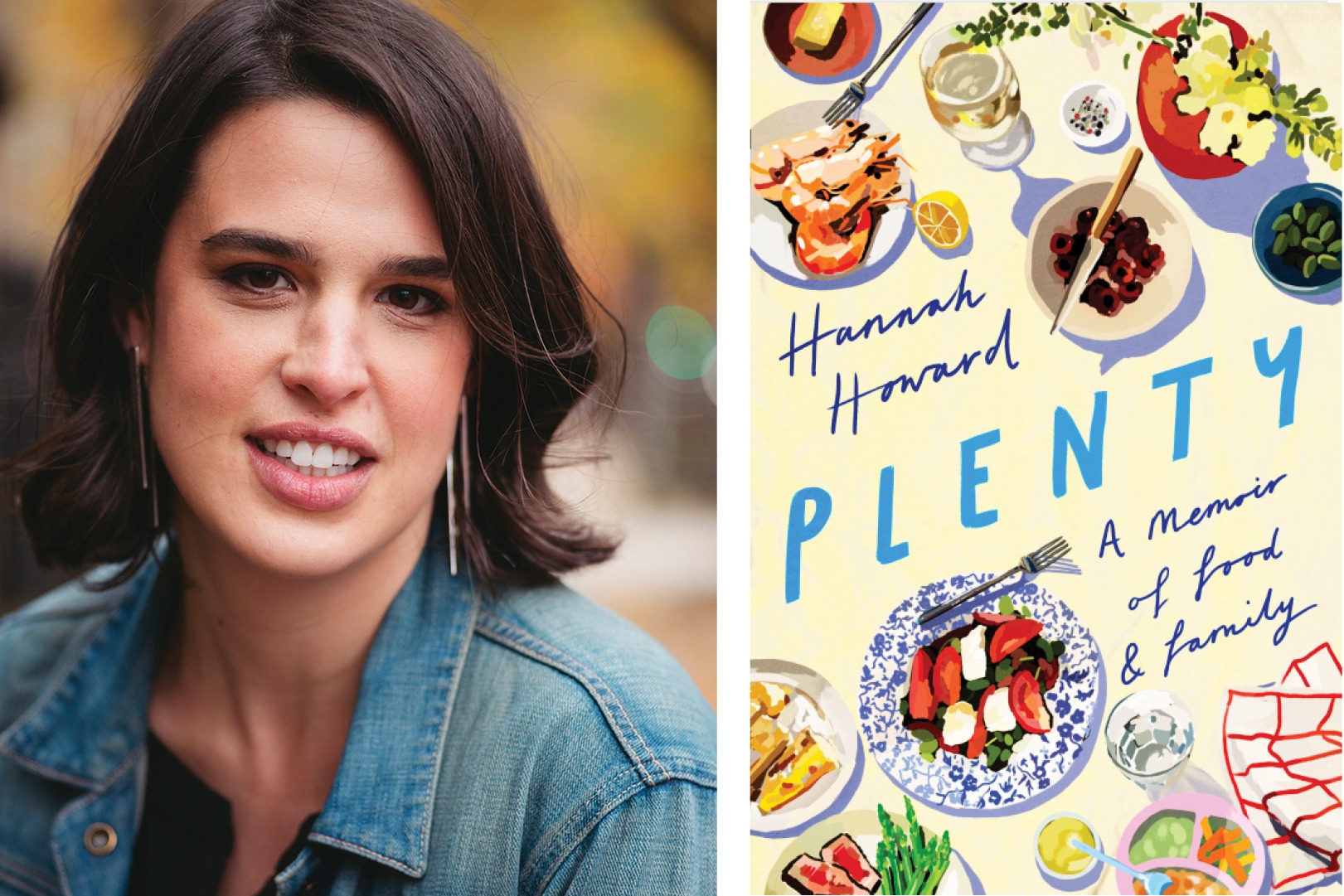 When the first Covid-19 cases reached the metropolitan area in March 2020, food writer Hannah Howard was facing not one, but two unmovable deadlines. Eight months pregnant with her first child, she was also racing to finish her second book.

As the pandemic heightened, the Brooklyn-based writer was told she might have to give birth alone due to new hospital regulations in New York City. So Howard and her husband left their apartment and fled to Frenchtown, where her parents live. In early April, her daughter, Simone, was born at Hunterdon Medical Center.

“We had all these plans and visions about life with the new baby, and none of those came to fruition at all,” says Howard, who went to high school in Princeton before attending Columbia University.

Howard’s other pandemic project was released September 1 from Little A Books. In her second memoir, Plenty: A Memoir of Food and Family, Howard reflects on her rocky journey to becoming a food writer, living with an eating disorder, her path to motherhood, and the guidance she received from women working in the world of food.

The last 18 months have provided many opportunities for reflection, especially on all the restaurant industry has endured. “I’ve been so impressed by the creativity and resilience by the women in the book,” says Howard, “and also the people in the industry.”

As she and her family quarantined at her parents’ home, Howard settled into a different pace of life with her young family. “We visited new parks and new trails, and I really fell in love with the area,” she says.

One of their pandemic discoveries was an old house around the corner from her parents, which Howard and her husband recently bought and are making their own.

Now, on the other side of the pandemic, Howard is expecting her second child—and is excited about her book’s release. “It’s been such an insane time and really hard,” she says, “but it’s not been without its silver linings.”