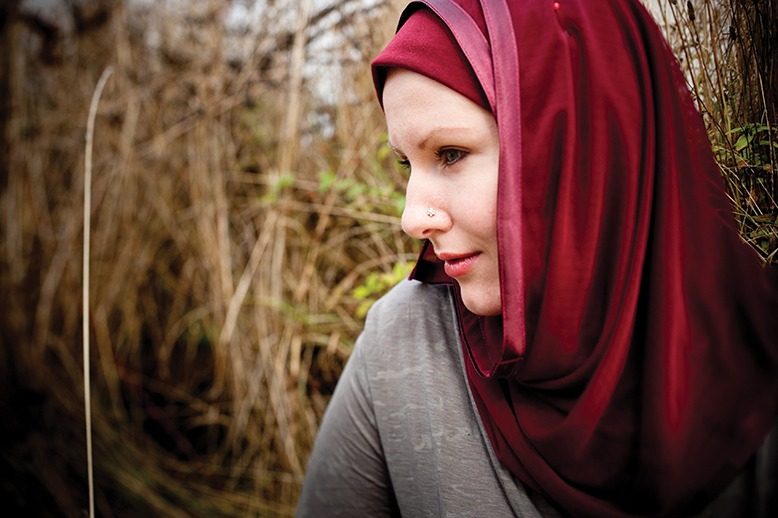 Indeed, the 2013 debut of Kamala Khan, aka Ms. Marvel—a Pakistani-American, Urdu-speaking, body-morphing, teenage crime fighter living in Jersey City—raised the ire of Internet trolls and some far-right websites. But it also did something neither Wilson nor her editors anticipated: It marked the beginning of a remarkably successful run that would comprise more than 50 issues and 10 compilations, including Ms. Marvel Volume 1: No Normal and Ms. Marvel Volume 9: Teenage Wasteland, winners of the Hugo and American Book awards, respectively. Ms. Marvel (a cocreation with artists Adrian Alphona and Jamie McKelvie and editors Amanat and Wacker) would gain Wilson accolades for her writing and for the realization of a minority character whose complexity made her much more than a token Muslim in the largely white Marvel universe.

Like her superhero creation, Wilson defies stereotyping. After graduating from Boston College in 2003, she moved to Cairo to teach English and, while there, wrote articles for Cairo Magazine, as well as the New York Times Magazine and Atlantic Monthly. She’s the author of graphic novels, including the multivolume Air; a memoir, the Butterfly Mosque; two of what she calls “novels without pictures,” Alif the Unseen (2012) and The Bird King (2019); as well as innumerable comics (before and after Ms. Marvel), including of X-Men, Avengers, Superman and Wonder Woman.

Wilson’s personal life is similarly unconventional. Brought up by nonreligious, white parents, she converted to Islam at 21. Though she moved to Colorado with her family when she was 14 and currently lives in Seattle with her husband and two school-age children, she continues to be inspired by her New Jersey childhood.

Born in Long Branch, Wilson grew up in Marlboro. The diversity she encountered there had what she describes as “a tremendous impact” on her life and subsequent work. “When I was in elementary and middle school,” she says, “I had classmates from all over the world. I was one of the very few white kids who weren’t also the children of immigrants, and tons of my classmates were South Asian, East Asian—so to me, that’s what normal was.” Moving to Colorado and entering an overwhelmingly white high school, she adds, was “quite a shock.”

Wilson’s first exposure to comics was in fifth-grade health class, via an anti-smoking comic starring Marvel’s X-Men. She was drawn in by the characters, she says, not so much for their superpowers, but because “they always seemed intuitively to know what the right thing to do was.” That was especially appealing to a young woman with a contemplative bent, who would spend much of her life musing over issues of philosophy, spirituality and religion. That she’d become a writer was almost preordained. “I can remember answering, ‘I want to be a writer,’ pretty much as soon as adults started asking me that question,” she says.

As a kid, she recalls, “I thought about things you couldn’t see more than the other kids around me seemed to”—a tendency that came to a head in her late teens. She’d read about Islam in some of her classes and was struck by how the religion’s teachings seemed to reflect her burgeoning worldview—particularly, the idea that neither bad experiences nor good represented God’s judgment, but were simply “part of the challenge of being human, the hurdle that’s put in front of you when you’re born.”

She might well have converted then and there, but on the road to Islam, she encountered a major stumbling block: the 9/11 attack on the World Trade Center by Muslim terrorists. “It took a couple of years for me to circle back to it after that and grapple with the idea with fresh eyes after this horrible tragedy had happened,” she says.

Her adopted religion and its Middle Eastern roots inform much of her writing, which has been widely praised for its deft genre blending and its inspired interweaving of mythology, religion, philosophy, folklore, history, technology and current-day politics. Her 2007 graphic novel, Cairo, for instance, sets a drug dealer, an expat, a journalist and an Israeli soldier on a search for a stolen hookah housing a genie. The protagonist of Alif the Unseen, winner of the World Fantasy Award for best novel, is a hacker in an unnamed Arab emirate who’s drawn into a fight against state censorship, aided by a magical manuscript. Her second novel, The Bird King, takes place during the final Spanish emirate and recounts the relationship between a royal courtesan and a mapmaker who possesses supernatural skills.

Critics have noted the unusual nature of Wilson’s work. “Her transcendent empathy for human and nonhuman characters is unique in contemporary literature,” critic and novelist Emily Barton says of Wilson. “There are writers working who cast their sympathy with a single character, but Wilson always, and across the board, portrays all of her characters fairly and with not just a loving touch, but also a sense of humor.”

Most of Wilson’s work is infused with a strong current of fantasy and/or science fiction, although she says her latest project, a novel in progress about watchmaking—a hobby of the author’s—“relies less heavily on fantasy elements.” Like Ms. Marvel, it’s set in the Garden State.

“There’s a special magic in New Jersey that doesn’t exist anywhere else,” Wilson says. Why is that? “Because it’s weird,” she declares.

That Garden State magic has helped conjure some significantly outside-the-box creativity, of which Wilson is a fan, including the writing of filmmaker Kevin Smith, author of Tough Shit: Life Advice from a Fat, Lazy Slob Who Did Good; and The Station Agent, a film written and directed by Tom McCarthy, about a man who lives in an abandoned train station in Jefferson Township. New Jersey, says Wilson, “isn’t always pretty, but it’s real.”

In spite of her immersion in fantasy, reality is important to Wilson, and depth of character matters to her at least as much as diversity. Initially, she says, the publishing industry’s interest in diversity “was very cosmetic and surface level”—unlike Wilson, whose characters have always been complex, no matter their racial, ethnic or religious backgrounds. “All I really try to do,” she explains, “is tell stories with as much compassion and accuracy as I can.”

Wilson doesn’t see herself as an ambassador for diversity. “I’m a white convert,” she says. “You can’t really take my experience and extrapolate anything meaningful about the American Muslim community from me.” Still, says critic Emily Barton, “her religious background, combined with her apparently natural, boundless empathy, bring a strong moral sensibility to her work.”

After the success of Ms. Marvel, Wilson began to get calls from editors asking her to create other Muslim characters. Mostly, she declined. “I found that I couldn’t, in good conscience, take a lot of these opportunities, because there were other people who could,” she says.

She can and will, however, continue to write comics, as well as “books without pictures,” each of which, she says, “exercises different muscles.” She loves the collaborative aspect of writing comics, but relishes the freedom of long-form fiction, which allows her “to ramble and go into tangents” without the strict page limits—“usually 20 pages, not 19, not 21”—that writing for comics demands. For now, though, she’s trying to take on fewer comics jobs so she can finish her third novel. For the next 40,000 words or so, she plans to immerse herself in the world of 1990s watchmaking—not to mention the wonderful weirdness of New Jersey.