Michael Imperioli and Steve Schirripa act together in a scene from "The Sopranos." Photo courtesy of HBO/Photofest

New Jersey had a love-hate relationship with The Sopranos while it was on the air, but there’s no doubt the iconic show—which went out with a bang (or a thud, depending on who you ask) in 2007—is having a moment right now.

Hot off the film release of The Many Saints of Newark, the show’s long-anticipated prequel, comes a new book about The Sopranos, called Woke Up This Morning, from stars Michael Imperioli and Steve Schirripa—who also host the hugely popular podcast Talking Sopranos. The book, like the podcast—which launched early in the pandemic when many Americans were discovering or rediscovering old TV shows like The Sopranos—features extensive chats with practically everyone who was instrumental in the series, from stars like Edie Falco to creator David Chase, billing itself as the “definitive oral history of The Sopranos” (and rightfully so).

New Jerseyans in particular, say Imperioli, 55, and Schirripa, 64, have a fierce connection to the Jersey-set mob series, even all these years later. “We were kind of the home team,” Schirripa tells New Jersey Monthly. “The Sopranos were the Yankees of New Jersey. New Jersey doesn’t have a baseball squad.” 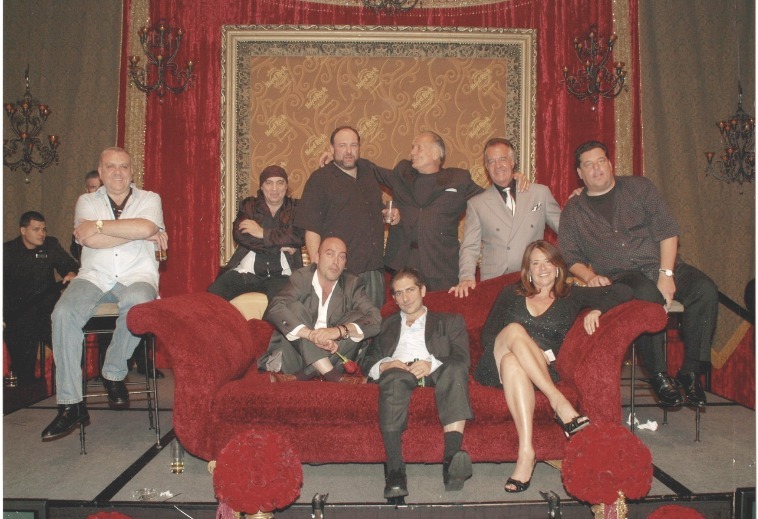 Many of the stars of “The Sopranos” got together in Florida to watch the 2007 series finale together. Photo courtesy of Steve Schirripa

During its eight years on the air, the series filmed extensively in New Jersey—thousands of miles away from the hooplah of Hollywood, giving the show a “not phony” vibe, says Schirripa, who played Bobby “Bacala” Baccalieri Jr. on the series. Adds Imperioli, who starred as Christopher Moltisanti, “We shot in these working-class, tight-knit neighborhoods. They loved us.” Imperioli and Schirripa are the authors of a new book, “Woke Up This Morning.”

In the book, which is out Nov. 2, Imperioli even recalls the the time an elderly New Jersey woman saw the cast shooting nearby and invited him into her home for pasta. He got so comfortable, he watched a Yankees game on her couch and ended up falling asleep.

But not everyone in New Jersey was so smitten. Some Italian-American groups condemned the HBO show for reinforcing negative stereotypes. The famed Pine Barrens episode had to be shot in upstate New York after executives’ hopes to film at the South Mountain Reservation were crushed by Essex County officials, one of whom, James W. Treffinger, later—and ironically—spent time in prison for fraud. “That’s all bulls—t stuff to be honest,” Schirripa says of the backlash. “Listen, we were mostly all Italian-American. We wouldn’t make ourselves look bad.”

Many of the stars grew up in working-class Italian-American families, like the characters they played, in New Jersey, Brooklyn (like Schirripa, in Bensonhurst), Westchester (like Michael Imperioli, in Mount Vernon) or on Long Island. Casting Italian-Americans was such a priority for Chase that, “At the end [of the show’s run], they were kind of running out of Italian-American actors,” says Schirripa. 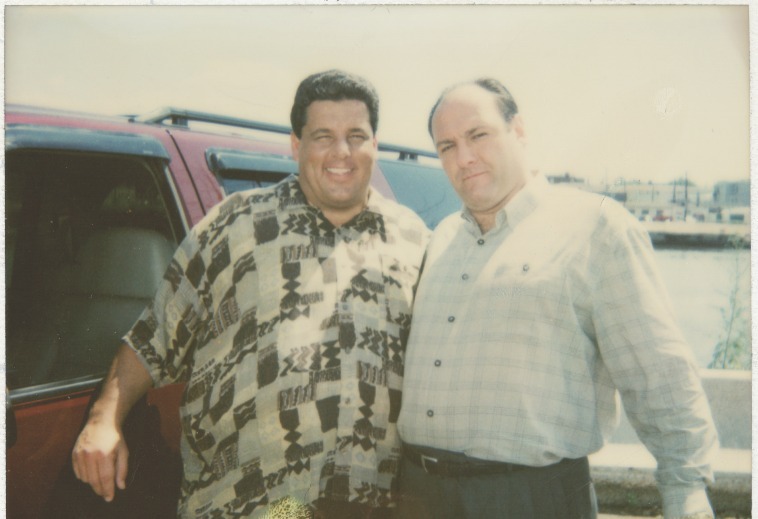 Schirripa poses with James Gandolfini on the set of “The Sopranos.” Courtesy of Steve Schirripa

The cast, led by the late James Gandolfini as mob boss Tony Soprano, was close. Both Imperioli and Schirripa describe a “Rat Pack”-type of camaraderie behind the scenes, and they remain good friends.

The book’s dedication was a simple yet powerful one: “For Jim.” Several people interviewed in Woke Up This Morning (William Morrow, $30) shared fond behind-the-scenes stories about Gandolfini, who died in 2013, and his presence is certainly felt.

“His spirit looms large among Soprano land, and we miss him,” says Imperioli.