Collingswood is home to one of South Jersey’s most dynamic dining scenes, with a mix of old and new establishments that has only gotten better with time. Eateries run the gamut from casual and family-friendly to upscale and ambitious. And because it’s a dry town, you have plenty of BYO restaurant options to choose from.

Here are our top picks for the best restaurants in Collingswood, in alphabetical order.

You don’t go here to get fancy, though the rhythms of this downtown pizza joint are entertaining. Go for the grandma pies, square-shaped, crisp and among the best in town. Top billing goes to the simple margherita, but indecisive types should start with the trio, merging the margherita, four cheese and butcher’s block pies in one tidy cube. BYO. —Jenn Hall
827 Haddon Avenue; 856-854-9400 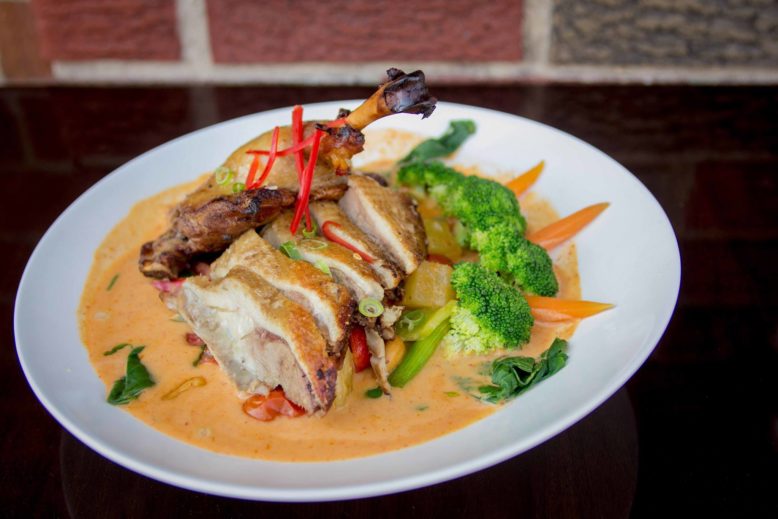 In a takeout world, good Thai can be hard to find. But not at this Collingswood restaurant. Here, the cuisine is modern, spicy and fresh. Alongside adept Thai curries, dishes like tamarind duck and a left-field cheesesteak spring roll keep it interesting. Heavy on fruits and florals, the tea list runs deep. BYO. —JH
8 Powell Lane; 267-366-9148 The wood-burning grill roars at Hearthside. Courtesy of Hearthside

There really is a hearth at Hearthside. Two, actually—a grill and an oven, both burning wood. Sitting at the counter facing the hearths—watching the cooks stoke and bank the fires, the flames doing their work—amounts to an unbeatable dinner and show. But wherever you sit, chef/co-owner Dominic Piperno and his crew bring forth bold, delicious meats and fish. There is finesse and complexity in their pastas, salads, crudos and desserts, too. No wonder the restaurant is on our list of the state’s 30 best. BYO. —Eric Levin
801 Haddon Avenue; 856-240-1164

Indian restaurants in the U.S. often veer toward northern cuisine. Chef Vipul Bhasin makes regionality his muse, using flavor as a guide. Kerala fish curry pops with tamarind and coconut, common in the south. Lamb roganjosh from Kashmir tempers spice with yogurt. The rest of the menu covers the vast terrain in between. BYO. —JH
612 Haddon Avenue; 856-858-0020

The pandemic forced Richard and Christina Cusack to close their French restaurant in Philadelphia in 2020, just six months after opening. But June BYOB has been a boon to our side of the river, and even made our Best New Restaurant list. The gold-plated flatware and crystal chandeliers veer high Empire, but classically trained Cusack showcases rustic French dishes like braised rabbit-leg stew, steelhead trout cooked in a fig leaf, and the stunning Trio de Canard of roast duck breast, foie gras and duck leg pithivier (pie). Cusack, 34, says he prefers “old-school techniques and recipes” to the science-lab turn some French restaurants have taken. “It’s a dying art, and I’d like to bring it back.” BYO. —Jill P. Capuzzo
690 Haddon Avenue, 856-240-7041

Arguments about which Italian restaurant in Collingswood is best rage ever on. Angelo Lutz and his team sidestep the drama, crafting a marinara-drenched experience with a nod to “the business.” (Think: black-and-white mobster portraits.) Rich Italian-American classics seal the deal, from old-school meatballs and any-day Sunday gravy to the veal marsala. BYO. —JH
700 Haddon Avenue, 856-854-2156 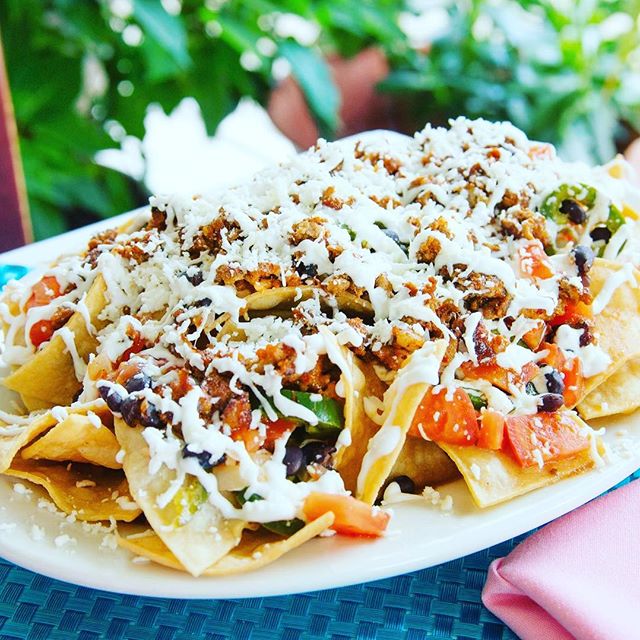 Nachos at Oasis Mexican Grill in Collingswood. Courtesy of Oasis

Situated at the edge of Haddon Avenue, this relaxed, cozy spot offers an array of distinctive Mexican dishes. Enchiladas come stuffed with Oaxaca cheese, smothered in your choice of green, red or chocolatey-rich mole sauce. From tostadas and tacos to burritos and quesadillas, expect flavors that pop. Finish your meal with a slice of tres leches cake. BYO. —Shelby Vittek
498 Haddon Avenue; 856-858-1807

Sabrina’s Café is famous for two things: brunch and lines. The first location, opened in Philadelphia in 2001, is a beloved breakfast spot, and the Collingswood restaurant lives up to the same reputation. Though the eatery’s exquisite breakfast and brunch dishes—such as stuffed challah French toast or huevos rancheros—attract crowds, the dinner menu is just as enticing. BYO. —SV
714 Haddon Avenue; 856-214-0723 Sagami is unrivaled in South Jersey for its Japanese cuisine and loyal patronage. Courtesy of Sagami

No Japanese restaurant in South Jersey has quite the reputation nor the devoted following of Sagami. When the door is opened at lunchtime, there are always half a dozen or more regulars waiting to get in. At dinner, the parking lot will probably be full. The cooked food is very good, but the sushi is sublime. Chef Shigeru Fukuyoshi opened Sagami in 1974, and he was still behind the sushi bar in 2019, bent low over his work. BYO. —EL
37 West Crescent Boulevard, 856-854-9773

From the moment you dip your bread into the spiced olive oil, the vibe here makes for a homey meal. The Farfalla Mamma Felicia dish pairs the bite of broccoli rabe with sharp provolone—an ode to South Philly. Saltimbocca and eggplant parm evoke childhood memories. Then there’s the tidy menu of pizzas, a nod to the family’s Neapolitan culinary roots. BYO. —JH
753 Haddon Avenue, 856-858-2999 Indulge in the the tagliatelle al limone at Zeppoli. Courtesy of Nascati Photography/Zeppoli

Year after year, chef Joey Baldino rarely does more than add a couple seasonal specials to his basic menu, which celebrates Sicily, his father’s homeland. Yet a table at Zeppoli is hard to get, and not just because there are only 32 seats. Baldino’s food—from eggplant caponata to tagliatelli al limone to the namesake fried-to-order sugar-dusted zeppoli—is at once grounded and celestial. Its ability to transform the familiar can leave you giddy. BYO. —EL
618 West Collings Avenue, 856-854-2670