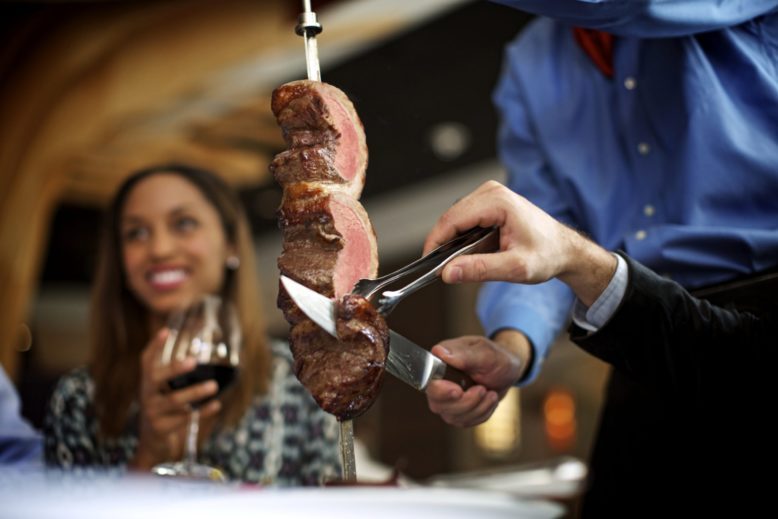 Fogo de Chão and its assortment of steaks are coming to New Jersey in full force.

The popular all-you-can-eat Brazillian steakhouse is opening its first in-state location at the Westfield Garden State Plaza in Paramus on February 13, according to a spokesperson. But the churrasco-style chain is not stopping there.

Rather, Fogo de Chão has also announced plans for additional restaurants in Bridgewater and Wayne, and both are expected to open later this year. The Bridgewater location will call Bridgewater Commons home, while the precise Wayne location has yet to be announced.

“We are honored that the demand for our unique dining experience in both new and existing markets remains strong as we continue to grow our brand on a global scale,” Barry McGowan, chief executive officer of Fogo de Chão, said in a news release. “Where there is demand, we will expand, and we are thrilled to bring the culinary art of churrasco to more communities this year.”

Meat is butchered, fire-roasted and carved off tableside skewers by gaucho chefs at the restaurants, giving diners an authentic Brazillian steakhouse experience.