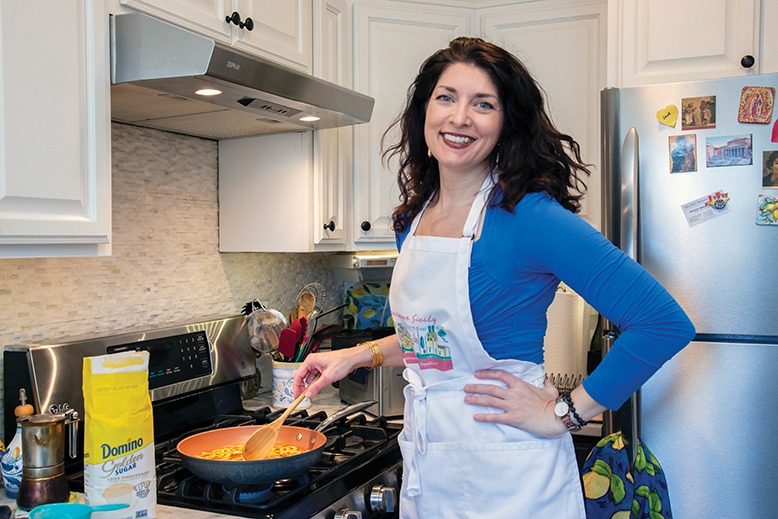 Allison Scola candies orange peel to add flavor and texture to a batch of cannoli filling. Photo by Marla Cohen

From the small, sun-filled kitchen of her Englewood condo, Allison Scola is ready to share her cannoli-making secrets with more than a dozen eager amateur bakers on Zoom. “You are all going to have an epiphany about homemade cannoli,” she says, leaning into the screen with a wide, encouraging smile. “It’s not as hard as you think—and you can add your own artistic flair!”

Scola should know. As the founder of Experience Sicily, which offers boutique tours of the southern Italian island, as well as the Cannoli Crawl, a Manhattan-based walking food tour, she has sampled some of the world’s best, most authentic cannoli. Her reputation is such that the producers of the 2018 documentary Cannoli, Traditions Around the Table tapped Scola as a cannoli expert.

Then came the pandemic, and Scola pivoted to live, online workshops as the perfect means to—literally—feed the dreams of grounded travelers who long for a taste of Italy. “It’s an opportunity to celebrate [Sicily] at home and anticipate future travel,” she says. With her first Zoom offering back in May, she taught guests how to make homemade pasta. Next came cannoli, the beloved, deep-fried, cream-filled pastry that originated in Sicily.

“People love it because it connects them to their sweet tooth and, for many, to their heritage,” she says. Yet, for many, cannoli are a mystery. “They also often have no idea how the cannoli’s tube-shaped shell is made and what’s in the cream.”

Scola unravels the mystery. It is wine (typically a dry marsala) and vinegar that react with oil in the frying pan to create the cannoli tube’s crunchy bubbles, she explains. Additionally, high-quality, fresh ricotta cheese is the key to stirring up the most delectable cream. “If you can, I recommend going to a local Italian grocer,” she says. “I’m lucky to be able to go to Jerry’s Homemade [in Englewood], which is a Bergen County mecca for Italian gourmet items.”

[RELATED: At Valley Shepherd Creamery, Enjoy a Taste of Cheesemaking]

“I often combine cow’s milk ricotta with sheep’s milk to get the consistency I want,” says Scola. The mix should be made to taste. “The whole experience of homemade cannoli is about making it exactly how you like it. There is no right way.”

Scola and her husband, guitarist Joe Ravo, with whom she performs as an Italian folk-music duo at local and regional events, including Little Italy’s Feast of San Gennaro, moved to Englewood from Manhattan’s Upper West Side in the spring of 2017. She always keeps a cannoli-making kit on hand in her pantry, with a dozen homemade shells (which last in a well-sealed container for up to three months at room temperature), candied orange peel and cherries, as well as pistachios, dark chocolate chips and high-quality vanilla extract. To whip up a batch, all she needs to do is make a quick run to buy fresh ricotta.

Last month, for example, Scola went hiking with a friend in the Ramapo Reservation in Mahwah. “It was her birthday, and she wanted to invite friends to join us and share my cannoli,” Scola says. “I had shells and made some cream, filled them, and we ate them at the top of the summit.”

In February, Montclair resident Joe McDonald and his wife Kelly, who is of Sicilian ancestry, joined one of Scola’s Zoom workshops with Lily, their 18-year-old daughter. The couple love to travel and were disappointed when a planned trip to Sicily last summer was cancelled due to the pandemic. Attending several of Scola’s Zoom workshops, which have also included a chocolate tasting and a lecture about eastern Sicily, has helped satisfy, at least temporarily, the couple’s cabin fever.

“It was a blast,” says McDonald. “Our cannoli didn’t end up as elegant looking as a pastry shop’s, but they turned out fine.” The family enjoyed learning fun facts about the decadent treat. “I’m going to be the most knowledgeable visitor when we finally go to Sicily,” he says. 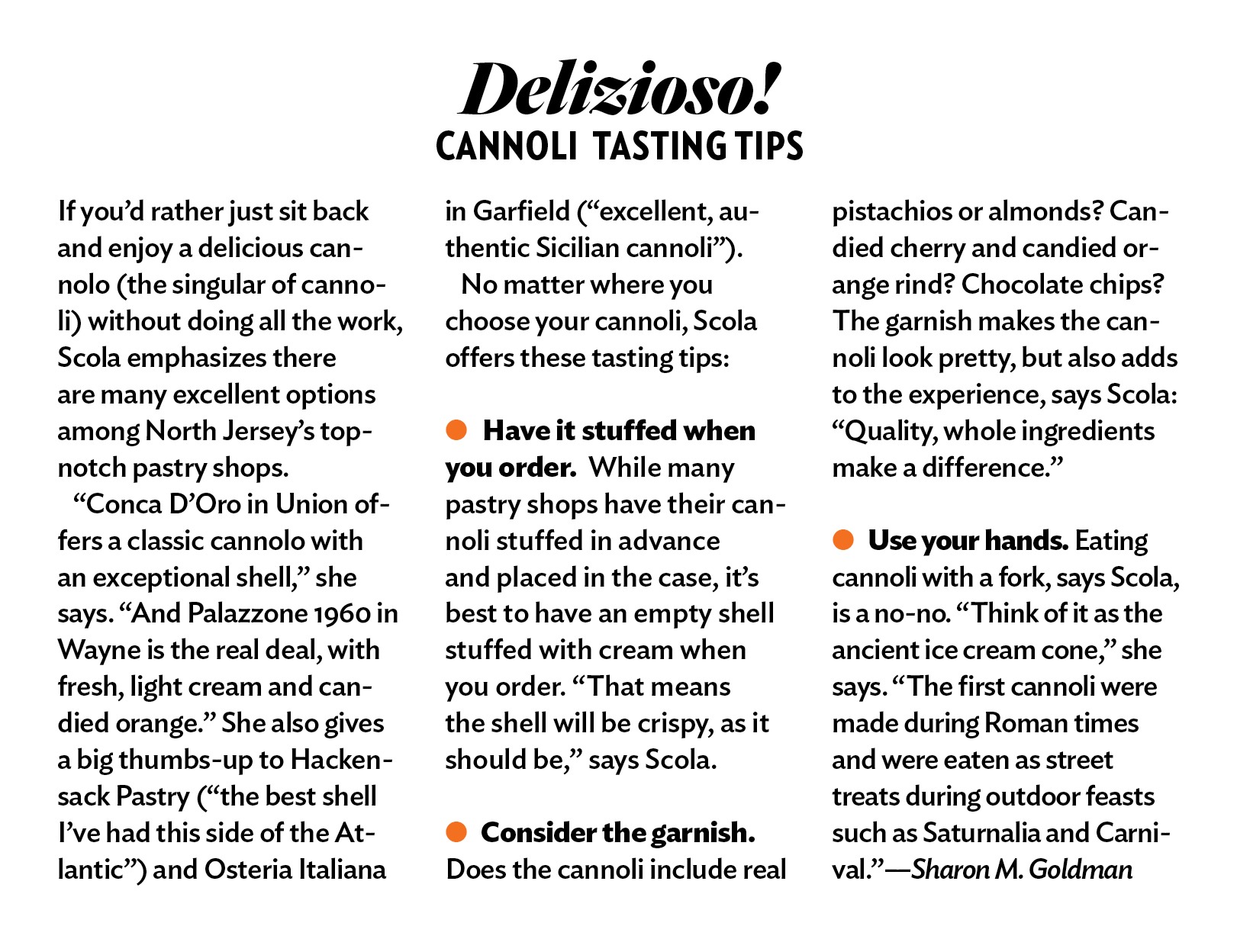