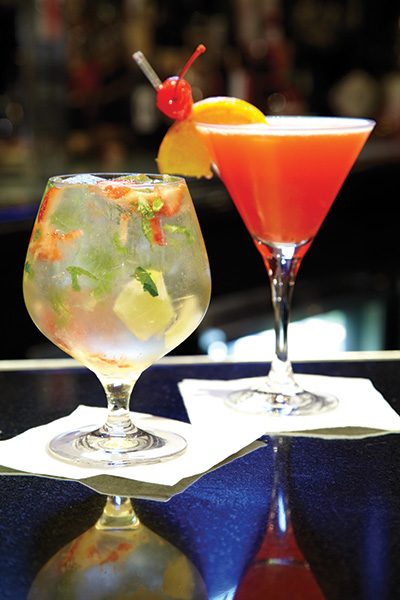 Cocktails at the Peacock Inn. Photo by Laura Moss.

The Peacock Inn in Princeton has hired a new executive chef, Jason Ramos. The inn has been without an executive chef since the departure in May of Manuel Perez, who opened the restaurant in 2010 and helped it earn a spot on NJM‘s Top 25 in 2011, 2013 and 2014.

Barry Sussman, owner of the inn, is introducing his new chef with a 4-course dinner Ramos will prepare at the inn next Monday, October 19th.

It will be hosted by master sommelier Larry Stone, estates director of Quintessa Winery. The highlight of the pairings will be the 2012 Quintessa, a famed blend that varies slightly year by year, always made from grapes grown in the Quintessa vineyard in Rutherford, Napa Valley.  For details, see below.

Sussman released a bio of his new chef, condensed here:

Jason Ramos began his culinary career at 19, in his hometown of Clinton. After working as a prep cook in a local pub, he enrolled in the Culinary Institute of America and commuted home each weekend to work under chef Stanley Novak of the Harvest Moon Inn in Ringoes. Ramos completed his externship at the Park Avenue Café in Manhattan under chefs Neil Murphy and David Burke. After graduating he spent three years as sous chef of the Harvest Moon.