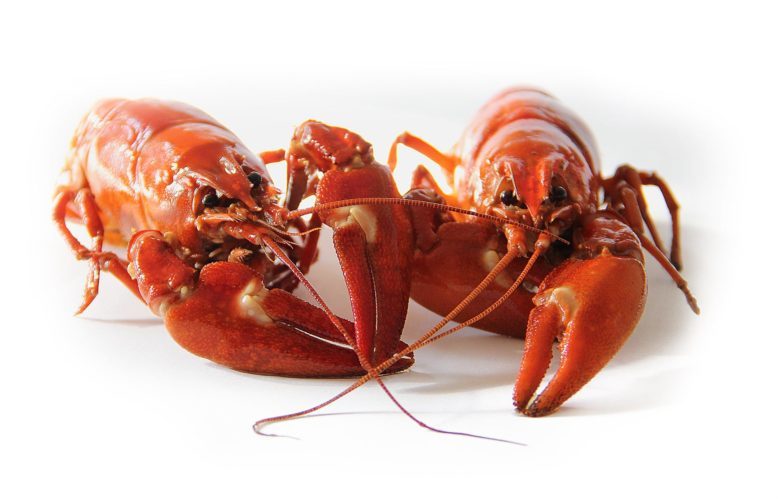 It’s not often that something as precious as lobster gets “Palooza-ed,” but that’s what’s happening at Surf City restaurant in Jersey City for the first half of August. In case you’re wondering what “palooza” treatment looks like, it’s a menu of 17 specialty lobster dishes and a handful of whole-lobster specials from Surf City executive chef and “Chopped” champion Franco Robazetti. Among the prepared dishes are things like lobster grilled cheese, lobster fries (complete with creamy lobster velouté), and even lobster ramen, with a coconut milk broth, shiitake mushrooms, and lobster chunks. Good as that sounds, the whole lobster deals might be more intriguing: yes, you can get the classic or creole styles (served with steamed corn and potatoes), but why not try the Spanish whole lobster, with caper- and saffron-infused compound butter, or the French, with fresh parsley, shallots, and garlic? Dishes range from $14 to $25 (whole lobster is market price). Surf City Beach Bar & Restaurant, 1 Marin Boulevard, Jersey City; 201-516-9000

Join New Jersey’s newest craft brewery, Source Farmhouse Brewery in Colts Neck, foColts Neck, Kingston, r their ribbon cutting ceremony on Friday at 2pm. Can’t make it? They’ll be celebrating from noon to 10pm on Saturday, when you can get a taste of the dozens of beers on offer. Enjoy one of hoppy IPAs, a mocha stout, farmhouse ales and more outdoors in the traditional Bavarian style biergarten under the shade of hop vines. Source Farmhouse Brewery, 300 Route 34, Colts Neck

If you live anywhere in the vicinity of Kingston and/or just need a dose of summer, this is an easy yes. For $20 (25 at the door), you’ll get a couple hours of walk-around tasting some of the loveliest wines of the Mediterranean isles. Beyond the fantasy factor, there’s the wine-friendliness of that gorgeous Mediterranean climate and extreme terroir: volcanic soils, sun-soaked hills and mountains, salt breezes, cool nights. Come, taste (there will be over two dozen wines), and walk away with a solid list of wines to drink before summer (sigh) ends. Eno Terra, 4484 Route 27, Kingston; 609-497-1777

As soon as the first ear of corn hits the farmers market, we vow we’ll never eat anything that isn’t farm fresh. Come mid-to-late summer, as peaches, tomatoes, and corn all threaten to ripen at the exact same time, we’re ready to take some much-needed advice on preservation. Except this isn’t your typical “Canning 101.” On Thursday night’s installment of the Ryland Inn’s Cooking Class series, you’ll learn all of your preserving essentials from none other than executive chef Chris Albrecht. Tickets are $50 per person, which is good deal when you remember Albrecht is a seriously skillful chef at the helm of one of our “30 Best Restaurants” in the state. And the class isn’t just about how to sterilize a jar. Albrecht will cover canning, smoking, preserving, and fermenting, guaranteeing you’ll leave the restaurant with plenty of options for capturing—and canning—summer flavor. The Ryland Inn, 115 Old Highway 28, Whitehouse Station; 908-534-4011

Not only is this a guaranteed summer feast at Ninety Acres, it’s a wine dinner that puts you squarely in the hands of a top-tier guide. Thomas Pastuszak is, among other things, a sommelier and wine director of The Nomad hotel in New York City; most recently—and more to your concern—he’s the creator of a canned wine line, Vinny Wines; the terroir-driven Terrassen Cellars label; and the stand-alone label Empire Estate Dry Riesling, all of which are produced with grapes from the Finger Lakes region in New York. Pastuszak will take guests through the virtues of Finger Lakes terroir (the Terrassen Cellars label highlights regional characteristics) while sampling his wines. Ticket prices are a bit higher, unsurprisingly: $120, including tax and tip. Snatch yours up and come prepared to love New York. Ninety Acres Restaurant, 2 Main Street, Peapack; 908-901-9500

Click here to leave a comment
There are no photos with those IDs or post 222885 does not have any attached images!
Read more Table Hopping articles.