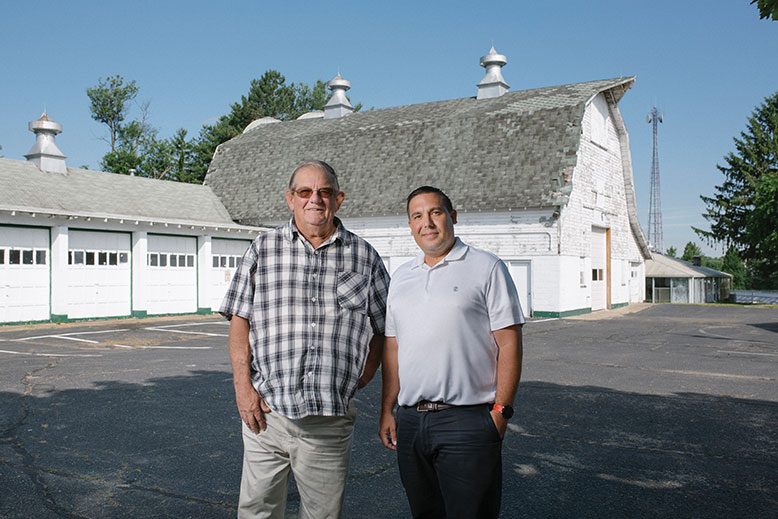 The first thing you need to know about Heritage’s Dairy Stores is how to pronounce Heritage’s; it rhymes with pages. The second, more important fact is the family-owned convenience-store chain has served the South Jersey area longer than industry giants Wawa and QuickChek.

The Heritage’s story dates to 1930, when Harold “Grandpop Skeets” Heritage started a dairy business with a single, broken-legged cow in the Thorofare section of West Deptford, Gloucester County. Grandpop Skeets gradually built up to 120 milking cows and heifers. He obtained a milk route and grew the business to 200 quarts a day, but when supermarkets proliferated in the 1950s, Grandpop Skeets recognized that there was little future for home delivery. He needed a new way to sell milk.

Several generations of Heritages have carried the chain into the 21st century. Current president Harold “Skeeter” Heritage is the second generation to run the company. His son, Harold “Skeeter” Heritage Jr, is operations manager. “Succession is always hard, but we’d like to see that happen,” says Heritage Jr., whose young son, “Little Skeet,” hopes to one day run an ice cream stand.

Today, the company employs more than 500 people and operates 33 stores in six South Jersey counties. Heritage’s stopped bottling its own milk around 2000, and now sources its milk from a dairy farm in Pennsylvania that bottles it under the Heritage’s brand.

Even with Wawa’s growth, Heritage’s Dairy Stores remains prominent in South Jersey and doesn’t plan to expand beyond its existing territory. “We’ve stayed in these communities over the years,” says Heritage Jr., “and plan to remain deeply rooted in them.”