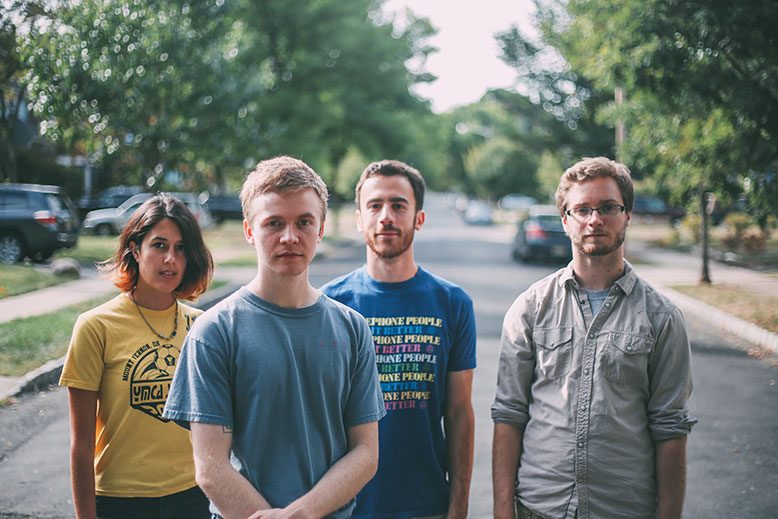 Like many musical kids, Evan Stephens Hall and Zack Levine had a band in high school, playing gigs whenever they could. They dreamed of becoming professional musicians, making an album and touring. This year, it has all come together for the two Montclair friends.

Pinegrove, the band they put together during college, has been getting rave reviews—including comparisons to acts like Wilco and the Decemberists. In February, Spin magazine named Pinegrove’s eight-song collection Cardinal the album of the week. In May, the band finished an eight-week national tour. Up next: a new U.S. tour, followed by a six-week European tour.

For Hall, the group’s singer and songwriter, meeting fans who relate to Pinegrove’s music has been “totally cool.”

“It’s been amazing to talk to people who like our music and who say that my lyrics have an impact on them,” says Hall. “It gives me more responsibility to engage in topics that matter, and to be as honest as possible in my songwriting.”

After graduation, Hall and Levine decided to go for it, playing shows whenever they could. They gained a following for their sound, a combination of, as Hall describes it, “lyrically direct and complex, melodically centered American rock with a homespun accessibility.” In 2015, they signed with Boston-based indie label Run for Cover. This summer, Pinegrove will tour with Half Waif and another Kenyon College band, Sports, both with Montclair connections.