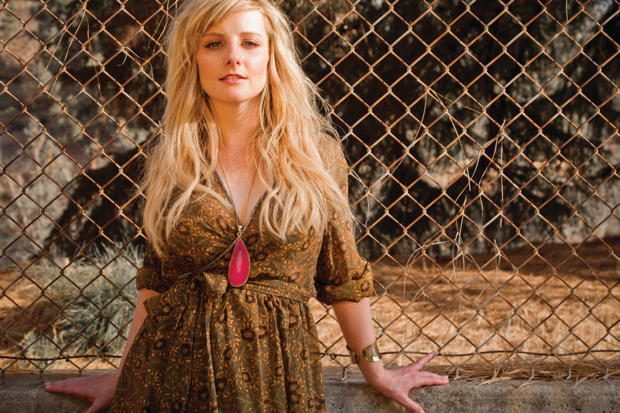 Small Wonder: Melissa Rauch acts in dramas and in comedies like The Big Bang Theory and writes with husband, Winston.
Photo by Aurelien Levitan

She may be petite—4-foot-11, to be precise—but Melissa Rauch packs a powerful comedic punch. The 34-year-old Marlboro native cut her comic teeth on the stand-up circuit in New York City. Her breakthrough came in 2005 with the one-woman show, The Miss Education of Jenna Bush. Since 2009, she has starred as the good-natured yet feisty Bernadette in The Big Bang Theory, TV’s top-rated sitcom. In 2015, she’ll headline the film comedy The Bronze, which she cowrote and co-produced with her husband, Winston Rauch.

New Jersey Monthly: You can take the girl out of Jersey, but how much of Jersey is still in you?
Melissa Rauch: I am still very much a Jersey girl. I had a very thick New Jersey accent when I first went to study theater, which did not impress my Shakespeare professors. Although I learned to speak without the accent, whenever I’m tired or upset it comes right back. Also, I live in L.A., where you have to pump your own gas. I do begrudgingly, knowing that in Jersey, we only pump our fists.

NJM: Was there a time when you wanted to be a serious thespian, or was it always about the laughter?
MR: My background is in theater. I received my BFA in acting and was trained classically. I was simultaneously pursuing a career in comedy while in college. So I would be doing Ibsen and Chekhov during the day and then doing stand-up all night.

NJM: The Big Bang Theory is in syndication in most major markets. Do you ever get tired of seeing yourself on-screen?
MR: It is definitely weird. I had someone next to me on a plane recently who was watching an episode of Big Bang and he turned to me and said, “Is this odd for you to sit next to me as I watch you?” I love this show so much and was even a huge fan before joining the cast, but I don’t love watching myself. It’s like listening to yourself on a voicemail recording.

NJM: You married your college sweetheart before you ever hit the big time. Any regrets?
MR: I am very fortunate that I met my husband in college. He is my best friend and the love of my life, in addition to being an incredible writing partner. The only thing I regret is not meeting him even sooner, as my life has just gotten better since he came into it.

NJM: What can fans expect of your forthcoming film, The Bronze?
MR: It’s definitely a departure from other roles I have done. It’s an edgy, dark comedy that we poured our hearts and souls into.

NJM: Do you hope to do more writing in the future?
MR: Writing has always been something that has brought me great joy. When I am not working on Big Bang, Winston and I spend all our free time writing new projects. It’s so rewarding to see those passion projects come to life.

NJM: If you wanted to play one role that would blow away any chance of casting you as a Bernadette type again, what would you play?
MR: The role I play in The Bronze is extremely different than Bernadette. I also just played a prostitute in Matthew Weiner’s film Are You Here. Although I very much enjoy playing different types of characters, I love playing Bernadette with all my heart, and hope I get to do so for a long time to come.