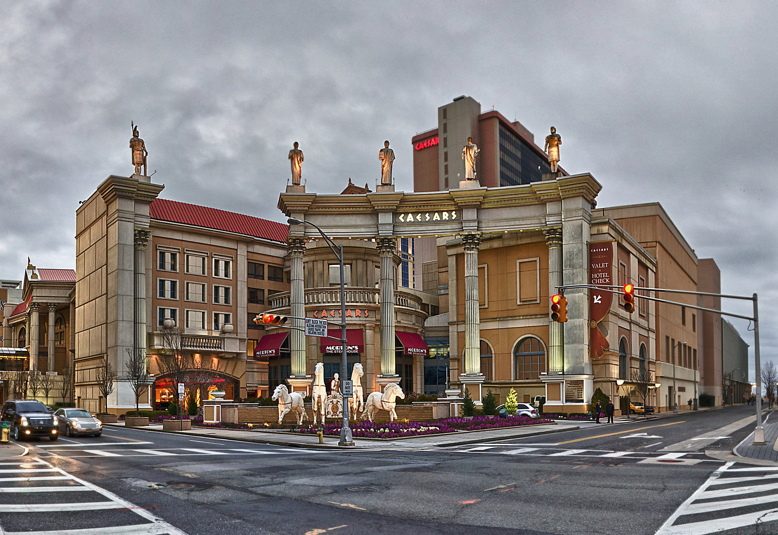 When Caesars opened in 1979, it was the second casino in town. Its ancient Roman theme remains unique, and the adjacent Playground expands the fun to the beach side of the Boardwalk.

DINING: Morton’s Steakhouse features generous steak and seafood specialties. A sky bridge connects the hotel to the Playground, an enclosed pier extending far over the sand (formerly the Pier Shops). Playground restaurants include Buddakan, for Asian fusion; the Continental, for a retro global tapas menu; and Phillips Seafood, known for its jumbo lump crab cakes.

ENTERTAINMENT: Big names are always stopping in at the stadium-style Circus Maximus Theater, which seats more than 1,100.

NIGHTLIFE: Dusk Nightclub is one of the hottest spots on Boardwalk. Other nightlife options include Retro’s, with throwback music; and Toga, the Roman-themed bar serving signature drinks like Aphrodite’s Kiss, Godiva’s Delight and Eve’s Temptation.

SHOPPING: The best in AC, thanks to the Playground, a multi-level shopping experience with floor-to-ceiling windows overlooking the Atlantic Ocean. You can shop at dozens of luxury brand stores, including Gucci, Apple, Tiffany and Michael Kors.