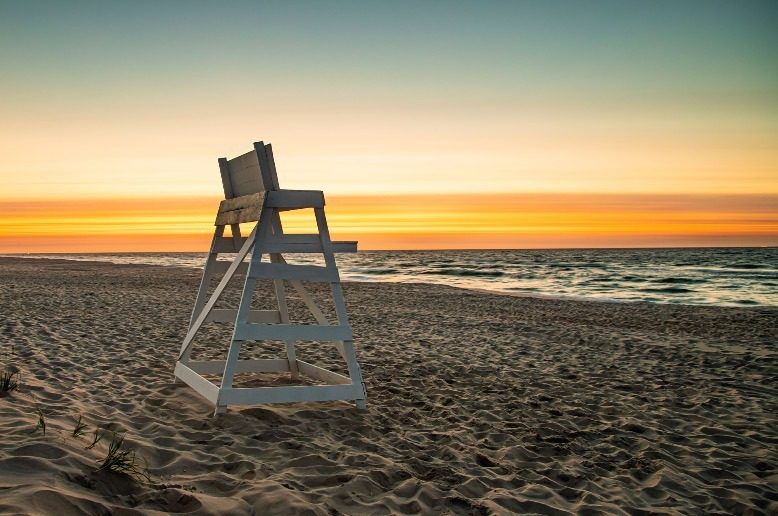 Long Beach Island has a host of new spots and old favorites to check out this summer. Photo by Shutterstock

Long Beach Island can be confusing to newcomers—and there are a lot of newcomers. When far-flung travel got scrubbed on account of the pandemic, families in the Tri-State area wound up falling back in love with the New Jersey Coast and rediscovering, in particular, Long Beach Island.

A survey from the Southern Ocean Chamber of Commerce shows that visitor spending is up—and the island is catering more to that, which is certainly challenging for a family with modest means. Businesses have said they are struggling to find staff because there simply isn’t anywhere for them to live. Fortunately, it’s still possible for a family of any background to strap a few bikes, an inflatable swan and a crab trap to the roof of the car and enjoy a trip at the same value as any other beach town (at least for the day).

The new visitors, new money and new homes have caused accelerated change for Long Beach Island, as property value becomes a hotter commodity than coastal character—so much so that without the red and white Barnegat Lighthouse still standing tall, it may soon be hard to recognize. As for the iconic Old Barney, there’s good news and bad news. The bad: The inside climb will be closed to visitors this year during a restoration project. The good: No one is tearing it down to build investment properties (something many other island landmarks have fallen victim to).

Topping the list of new spots to check out in the area is the Jetty flagship store at 176 East Bay Avenue in LBI-adjacent Manahawkin. The surf and lifestyle apparel brand, about to celebrate its 20th year, has opened a sharp, new 1,600-square-foot flagship location for the vibe and apparel inspired by life on these local waters.

Jetty is also set to host Hop Sauce Festival, the craft beer, hot sauce, art and music festival the company throws with Beach Haven’s Spice It Up, on June 18 at Veterans Memorial Park. This event is all ages (21-plus for beer-sampling wristbands) and is a fundraiser for Jetty’s charity arm, the Jetty Rock Foundation.

There’s been a lot of conjecture about Joe Pop’s Shore Bar & Restaurant being sold in the off season. But partiers can take solace that the famed nightclub, tiki bar and café on 20th Street and the Boulevard in Ship Bottom, where the Nerds played countless times, will continue under new ownership.

After two pandemic summers of outdoor performances, the Surflight Theatre returns to traditional indoor shows this year (proof of vaccine or negative Covid tests and masks are required.) This season—the theater’s 70th—will see An American in Paris, The Addams Family, Legally Blonde, Escape to Margaritaville, Chess the Musical, The Fields of Ambrosia and Murder on the Orient Express grace the stage.

Though most folks don’t know this, Ship Bottom Borough extends several blocks north of the Causeway Bridge. And that northernmost neighborhood is home to two new eateries. What was once the Green House Café on 6th Street and the Boulevard is now Rare Company, a steak and seafood restaurant owned by the Michel family, who have a history in the seafood game. Diagonally across the Boulevard, facing west on the corner of 5th Street, is now LBI Table, serving breakfast lunch and dinner at the location of the former Jayson’s Pancakes. Both are saying they’ll be open year-round, so no one should go hungry on those blocks.

If you’re looking to host a party, reunion, team-building event or any group outing, you might want to check out the Queen City Cycle Boat, a 35-foot pontoon boat that you board in Beach Haven and pedal around the bay. Rent the whole craft for 90 minutes with a captain and mate for $699. Or, parties as small as eight can join the Mixer Tour for just $49 per person. Bring whatever spirits you like, and be ready to pedal.

Harvey Cedars is the home to the new Blue East Salon, an extension of Blue A Hair Studio in Montgomery County, Pennsylvania. It’s a zen-like establishment for those who normally return to Philly or New York to be pampered by high-end hairstylists.

Another luxe option now available on this glorified sandbar is Host on the Coast, a growing concierge service that handles planning your vacation, finding you a beach house, managing contractors at your investment property, and doing your grocery shopping. The service can hook you up with everything from a licensed plumber to a beach picnic.

Families who return to Beach Haven’s Fantasy Island each year will be happy to see two new rides—the twirling Shark Attack and the Summertime Swings for the littles are ready to be ridden, in addition to the existing fun, games and arcade that was redone a year ago.

And the LBI region’s season doesn’t end in August. Chowderfest is back this year, starting Labor Day Weekend with the Chowder Trail. You have the entire month of September to stop in at the participating eateries to try delicious creamy New Englands or tasty Manhattans. Then join those restaurants as well as makers, vendors, bands, brew tents and the LBI community for a free one-day Chowderfest on the bayfront in Beach Haven.