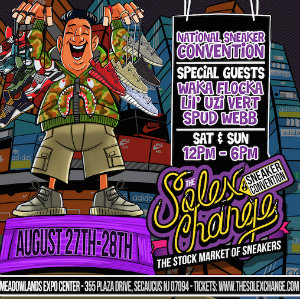 First there was Air Jordan, the wildly-successful sneaker line produced by Michael Jordan for Nike in 1985 (and still going strong today). The branded sneaker market expanded from athletes to artists, with Kanye West’s collaboration with Adidas in 2015: the Yeezy Boost. More hip hop musicians are jumping on the trend, with East Orange’s Vin Rock of Naughty by Nature helping develop the new “Hip Hop Vol. 1” sneaker line for the start-up  company, TRPL Threat.

Naughty by Nature is one of six iconic hip hop artists represented in the line, including Genius GZA, Duck Down Music, Onyx, Public Enemy and Brand Nubian.

“It is pretty hard to get a [major company like] Converse, Nike, Adidas, to buy in and work with you. We are an independent [company] and out of pocket,” said Vin Rock in a press statement on TRPL Threat. “Later down the road, it’s about finding the right boutique or major shoe seller, and then sky’s the limit.”

“I am the one that goes out and gets the licensing for the sneakers,” said Rock. “We have 3,600 pairs for sale now… This started with people that I have personal relationships with. I reached out and they were the first people to sign on.”

The line will be available for purchase at the Solexchange National Sneaker Convention at the Meadowlands Exposition Center from August 26-28.

Naughty by Nature will be performing at the “90s Hip Hop Night” on Friday, August 26 from 7 to 11 pm. Other musical guests include Brand Nubian, Onyx, Duck Down Music and DJ Bobby Trends from Hot 97. 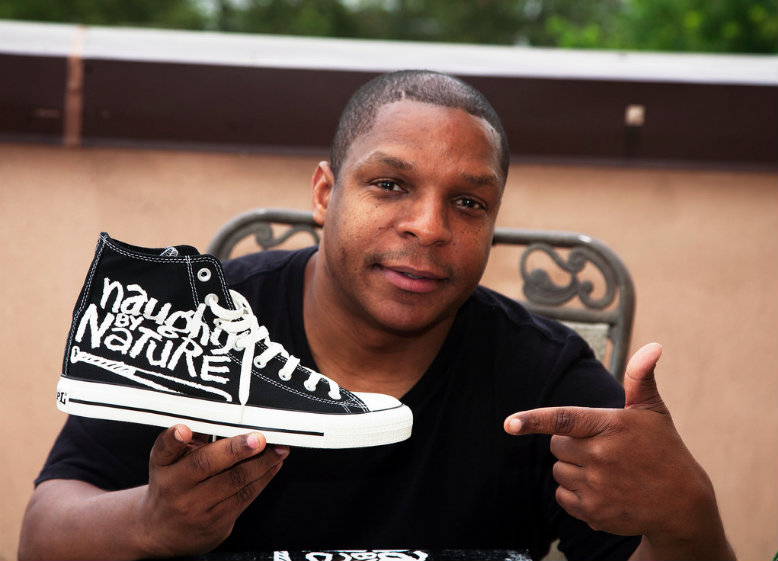 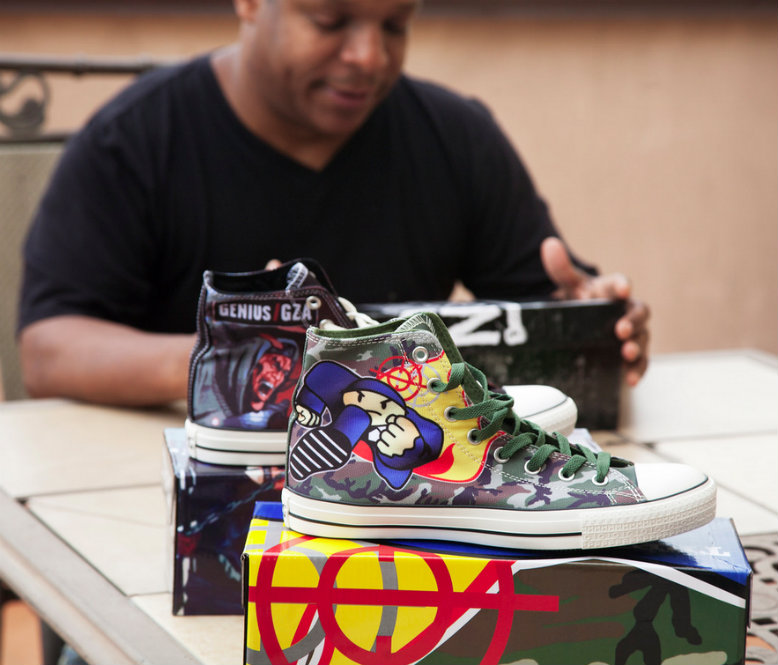