I remember attending my very first New York Fashion Week show—Betsey Johnson in 2005—when I was a stylist and a buyer for my former shop, Bella Dawn. It was a thrill to sit in the second row with my sister.

Fashion week happens twice annually, beginning in February and September. It’s the exciting time of year when everyone in the fashion industry—editors, stylists, buyers, influencers, celebrities and journalists—attend runway shows to see what designers will be selling next season. In February, we glimpse what will appear in stores come fall and winter. (It’s a bit of a tease to take in so many colors, trends and styles that won’t be out for another six months!) New York is the first stop, followed by London, Milan and Paris.

Tickets are not available to the general public, but the air of exclusivity around fashion week has dissipated significantly with the rise of digital and social media. Photos and videos from the shows can be viewed almost instantly online. You don’t have to physically be in the audience to preview what will be “in” next season—simply hop on Instagram and search hashtags like #fashionweek or #NYFW.

I’m thrilled to be attending fashion week in New York and Milan this season, so you can also count on me for an eyewitness report on all the hottest fashions. Stay tuned! 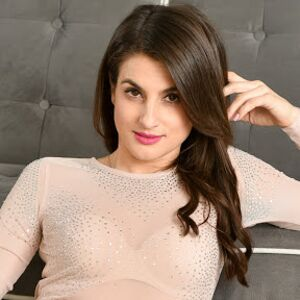 Dawn Del Russo is an author, event host and on-air TV style expert. Dawn has been seen on . She has been featured in . Dawn is also a social media sweetheart and can be found chatting about fashion, beauty, food and lifestyle on YouTube, Twitter, Instagram and Facebook. She attributes her designer taste to travel abroad while seeking unique pieces for her belladawn.com clients and lifestyle site LiveTheGlamour.com. As a reiki master, she has increased her success by combining her passion for business with a mindful lifestyle.