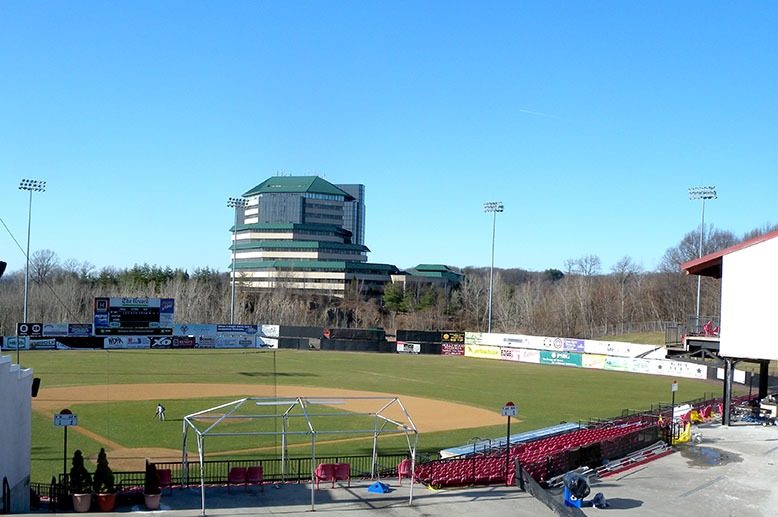 Of all the puzzling and funny quotes attributed to Yogi Berra, “It ain’t over till it’s over,” uttered in 1973, is among the most famous. Now, nearly 50 years later, the New Jersey Jackals’ time at Yogi Berra Stadium ain’t officially over—but the end is rapidly approaching.

The independent minor league baseball team announced Wednesday that this will be the club’s final season at the Little Falls ballpark, which is located at and owned by Montclair State University. After 25 years, the Jackals’ last scheduled game at Yogi Berra Stadium is Thursday, August 25.

“We thank our fans for your support over the last 25 seasons, and look forward to the next chapter of Jackals baseball,” the team wrote in a statement posted to social media.

The statement added that the Jackals will remain under current ownership and stay in the Frontier League, which partners with Major League Baseball. Plans for the team’s move will be officially announced in September, but some fans quickly began wondering if Paterson’s Hinchliffe Stadium, the former Negro Leagues ballpark undergoing massive renovations, could become the Jackals’ next home.

Paterson Mayor André Sayegh confirmed that the city is indeed interested in a partnership between the historic stadium and the Jackals, though nothing is official as of now.

“We’re working on it. We’d love to have it,” Sayegh told New Jersey Monthly. “Paterson is stepping up to the plate with hopes of hitting a home run for Hinchliffe. An artist’s rendering of a renovated Hinchliffe Stadium includes a turf field and a running track. Rendering courtesy of André Sayegh

Reed Keller, the Jackals’ director of sales and media relations, and a co-general manager, could not disclose the team’s future plans when reached by phone on Wednesday. He said any rumors are just that at this point, and that he imagines various municipalities and venues could take interest in the team now that its departure from Yogi Berra Stadium is public knowledge. Keller could not confirm that the Jackals will stay in New Jersey.

Named after the former Yankees and Mets player and manager, Yogi Berra Stadium opened in 1998. The venue, which is next to the Yogi Berra Museum & Learning Center, can seat 5,000 people.

Hinchliffe Stadium, meanwhile, will hold roughly 7,500 people once its $94 million renovation plan is complete. “Barring unforeseen circumstances,” Sayegh anticipates that the project will be done by the end of the year.

When Sayegh previously discussed Hinchliffe Stadium’s repairs with New Jersey Monthly, he passed along renderings of an athletic facility that included a rubberized running track. Such a feature, as illustrated above, would interfere with a baseball field and fall short of professional standards, but Sayegh said adjustments are not out of the question.

“If there’s an accommodation that needs to be made in order to get the Jackals, we’ll do it,” Sayegh said. “It’s that important to us.”

With that in mind, Brian LoPinto, co-founder of Friends of Hinchliffe Stadium, a group that advocates for the site, said that the Jackals would make “a great anchor tenant” for the National Historic Landmark.

“It makes sense not to include a track, and to have a field that can accommodate professional baseball,” LoPinto continued. “Hinchliffe can be the home of the Jackals for the next 25 years.”

But future plans are still taking shape, and the Jackals have a handful of games left to play in Little Falls. They are 39-39 this year, which puts them in seventh place in their division, 10.5 games out of first place and four games out of a playoff spot. They have 17 regular-season games left, including six at home.

With a fork in the road approaching, the team will take an opportunity to celebrate its time at Yogi Berra Stadium before saying goodbye.

“Twenty-five years in independent baseball is a very long time, with a lot of history created,” Keller said. “We plan to look back fondly upon that over the last six games while also getting ready to write probably one of the most exciting chapters in an indy ball team’s history while we start in a new venue next year.”