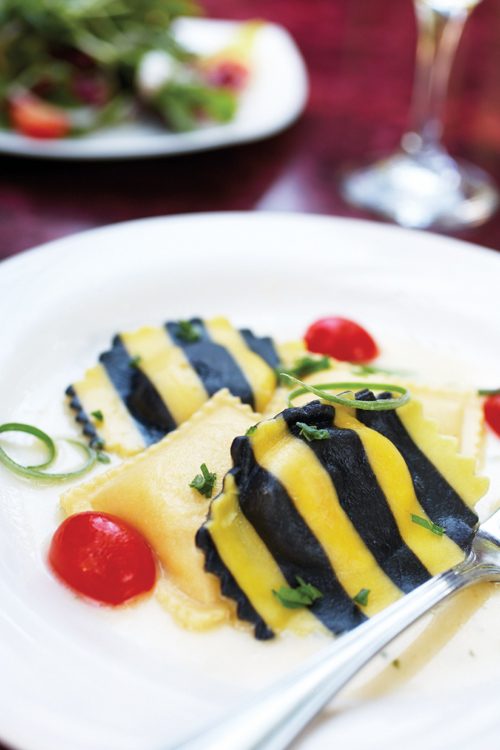 Cross a quaint bridge: The single-lane Ivy Avenue Bridge (on Ivy Avenue, between Park Street and Houston Place) has long tested the diplomacy of drivers entering it simultaneously from opposite ends. After 9/11, the borough replaced the original wooden structure with a slightly wider steel bridge to better accommodate emergency vehicles, but officials opted against widening to two lanes.

Stroll along a reservoir: Follow an elegant, mile-long path that overlooks the Oradell Reservoir, formed by a dam built on the Hackensack River in 1923. The reservoir lies in Haworth, Emerson, Closter, and Harrington Park; you can access the path from Lakeshore Drive in Haworth.

Water everywhere: Across the street from borough hall (300 Haworth Ave, 201-384-4785) is tiny Haworth Pond (pictured), stocked year-round with trout, bass, and catfish. You can also visit the state-of-the-art Haworth Treatment Plant (200 Lakeshore Dr, 800-664-4552, ext 3211), which uses ozone to purify drinking water for an estimated 750,000 residents of Bergen and Hudson counties. Group tours are available, and individuals can also apply here for fishing licenses to use at the Oradell Reservoir.

Drive past Brooke Shields’ house: The model and actress with the unforgettable brows lived in this castle-like home on Haworth Avenue during high school (the house number isn’t visible; it’s between 422 and 454 Haworth Avenue).

Eat posh: Order blackboard specials like lobster ravioli (pictured) or colossal coconut shrimp with raspberry cabernet sauce at Andiamo (23 Hardenburgh Ave, 201-384-1551). The upscale eatery, operating out of a century-old mint-green house, also hosts monthly evening entertainment, including ventriloquists and comedians. The restaurant offers more than 200 varieties of wine and hosts an annual motorcycle run. Alessandro Colangelo, from Puglia, Italy, is the chef and owner of Alessandro’s Trattoria & Pizza (159 Terrace St, 201-385-8544). Try the mozzarella, made fresh on the premises, or slices of gourmet pizza. It’s BYO, so grab a bottle of wine from Haworth Wine and Liquors (155 Terrace St, 201-385-1816) next door.