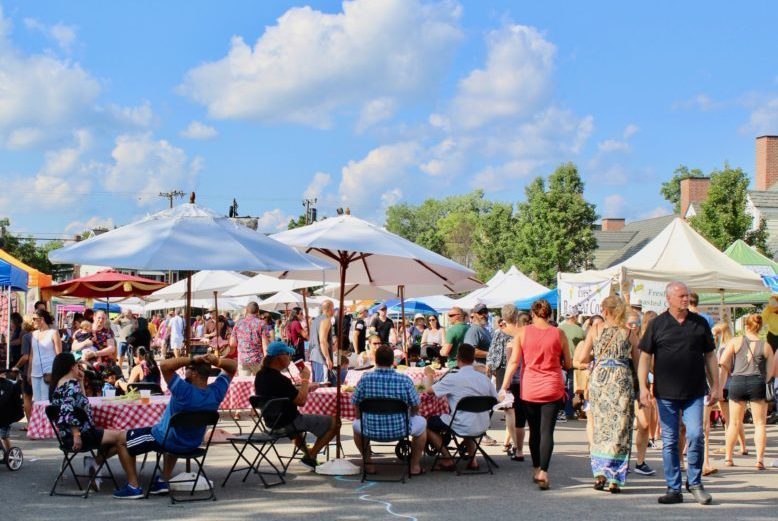 The Corn, Tomato and Beer Festival lives up to its name in Flemington. Courtesy of loveflemington.com

Looking for fun this August? Check out these events and activities happening all over New Jersey.

Please note that all schedules are subject to change; visit the venue’s website for more information. 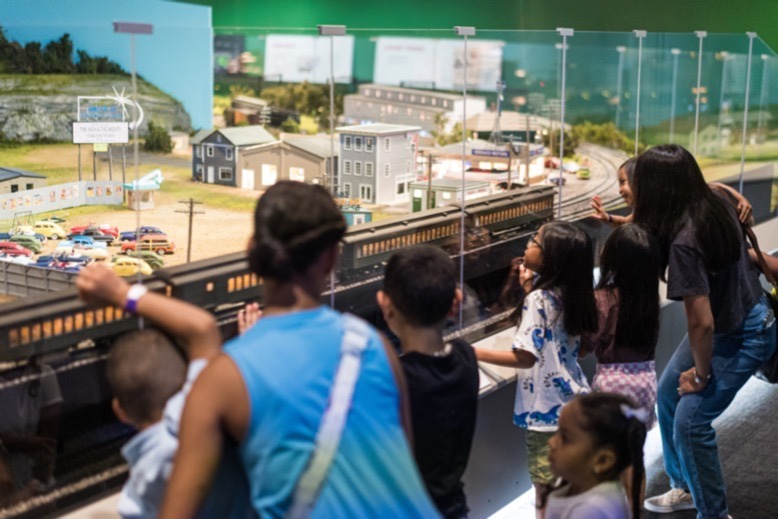 Screen Time: Photography and Video Art in the Internet Age
Thru Aug 7
There is only one week left to see this exhibition, which features global and intergenerational contemporary artists, who explore what it means to be an artist in the digital era. Art on Hulfish, Princeton. artmuseum.princeton.edu.

Head to Red Bank to crack up at Amy Schumer’s routine. Photo courtesy of the Count Basie Theater The hilarious Iliza Shlesinger is making a stop in Newark this month. Photo courtesy of NJPAC

Iliza Shlesinger
Aug 19
Award-winning comedian Iliza Shlesinger is best known for her various specials, from Unveiled to Elder Millennial, as well as her book, Girl Logic, and podcast, AIA: Ask Iliza Anything. She’s stopping in New Jersey this month on her Back In Action! Tour. 7 pm; $53.50-$104. New Jersey Performing Arts Center, Newark. njpac.org. Nimesh Patel
Aug 21
Emmy-nominated writer and comedian Nimesh Patel has a decade of experience in comedy under his belt. Currently a writer on NBC’s A Little Late with Lilly Singh, the Parsippany native has also appeared on Seth Meyer’s late-night show and was the opening act for comedians Chris Rock and Aziz Ansari. You won’t want to miss his special stop in his home state this month. 7 & 9 pm; $30-$240. Stress Factory Comedy Club, New Brunswick. newbrunswick.stressfactory.com. Egyptian-born and California-raised comedian Ahmed Ahmed promises to nail his performance, which will break free of stereotypes. Photo courtesy of David Zaugh

Ahmed Ahmed
Aug 26-27
Egyptian-born Muslim comic Ahmed Ahmed turned to stand-up after being cast in stereotypical roles like a cab driver or a terrorist as a young actor. Now he tours internationally and is bringing his world-traveled sense of humor and 27 years of experience to New Jersey. Showtimes vary; $22-$33. Bananas Comedy Club, Rutherford. bananascomedyclub.com. The Grammy-winning trio Boyz II Men is taking fans back in time with their classic hits from the 90s and 2000s. Courtesy of the Count Basie Theater Lizzo is among the global superstars slated to perform at the 2022 VMAs at Newark’s Prudential Center. Photo courtesy of MTV

MTV’s 2022 Video Music Awards
Aug 28
The Garden State is hosting the legendary MTV music award ceremony in its backyard for the first time in three years. The event, watched worldwide, hosts performances from some of the hottest artists of the year. 8 pm; Tickets are only available for Prudential’s premium members. Prudential Center, Newark. prucenter.com.

The Last Supper
Thru Aug 7
Come see the world premiere of the new musical comedy, The Last Supper, which follows five liberal graduate students sharing a house in a conservative college town. In an “effort to save the world,” they invite over their neighbors for a political discussion. Spoiler alert: It does not go well. Showtimes vary; $32-$52. South Orange Performing Arts Center, South Orange. sopacnow.org.

The Rocky Horror Picture Show (18+)
Aug 20
A group of passionate students and alum from Hoboken’s Stevens Institute of Technology is bringing their wild and free-spirited nature to their take on the beloved 1970s horror musical. 10 pm; $28.91. White Eagle Hall, Jersey City. whiteeaglehalljc.com.

Fundraiser for the Bradley Food Pantry
Aug 29
Enjoy a special night honoring Congressman Frank Pallone and State Senator Vin Gopal for their efforts in reducing food insecurity in New Jersey. All proceeds go toward sustaining the Bradley Food Pantry, which provides food and other basic human necessities to those in need. 6 pm. Back in Time Café, Bradley Beach. bradleyfoodpantry.org.