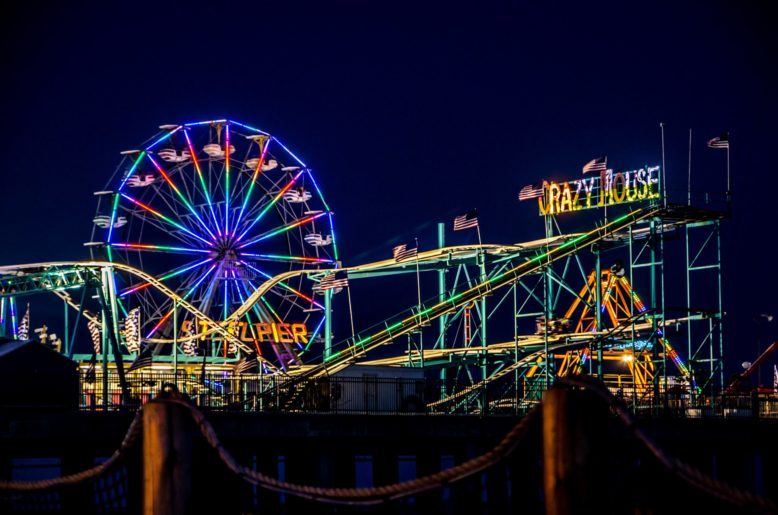 Two new attractions are coming to Atlantic City’s Steel Pier in the next three years.

The amusement park is adding a pair of rollercoasters, according to an announcement by Premier Rides, which specializes in manufacturing theme-park rides. The news was revealed at this week’s annual expo for the International Association of Amusement Parks and Attractions.

Premier Rides shared a video that highlighted designs for and simulations of the impending rides.

One of the new rides will be a Wild Mouse–style coaster, which is known for singular, spinning cars that travel winding tracks with tight turns and sudden falls. Steel Pier was previously home to a similar coaster, called “Wild Mouse,” but it closed in 2021 and was dismantled this year.

The newer version of the ride is set to take its place in 2024.

The other new attraction, a Sky Rocket II model rollercoaster, is expected in 2025. While numbers can vary depending on park location, these exciting rides typically exceed speeds of 60 miles per hour and feature over 850 feet of track, a 150-foot peak and an inversion. The Steel Pier ride will also boast a large digital sign that draws attention to the park.

The two new rides coming to Atlantic City have not been given branding names yet. Precise opening dates are still to be determined as well.

Steel Pier first opened in 1898. The historic amusement park, located at 1000 Boardwalk in North Beach Atlantic City, is now home to an array of rides, games, an event space, and places to eat and drink.