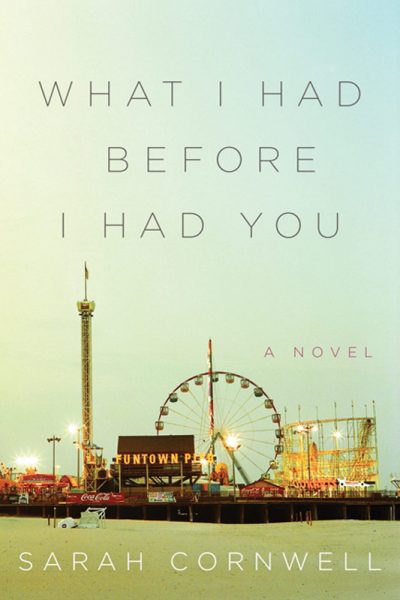 On a visit to the boardwalk of her Shore hometown, Olivia Reed’s 9-year-old son, who has bipolar disorder, goes missing. The ensuing search is one strand of the plot of What I Had Before I Had You, an engaging fiction debut by Sarah Cornwell. The book also follows Olivia’s recollections of her volatile relationship with her intense, erratic mother.

The first-person narrative unfolds against the backdrop of Ocean Vista, a fictitious, gritty, working-class town with condemned grand hotels and worn-out amusement rides. Drawing upon her memories of summers spent at the Shore, Cornwell, a Pennsylvania native, brings Ocean Vista to life.

As Olivia grapples with her past and its secrets, her understanding of bipolar disorder shifts, and she begins to view mental illness from an ethereal perspective as a kind of magical way of thinking. Well-paced, with enough tension to be absorbing, What I Had Before I Had You is replete with lyrical turns of phrase and spot-on details.

Cornwell earned her fiction-writing stripes by publishing in literary magazines, eventually winning awards for her short stories. With her debut novel, she delves into the nuances and complexities of family relationships tested by mental illness.