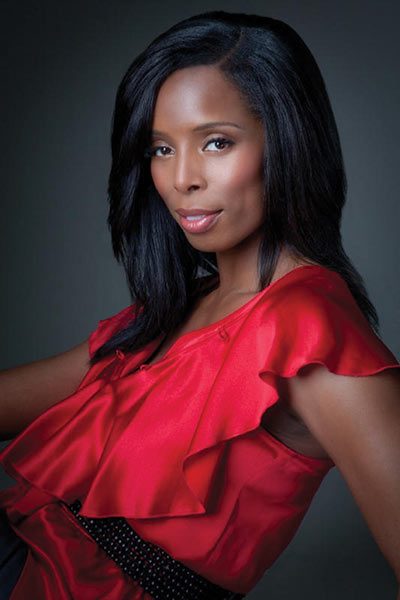 While Camden native Tasha Smith never performed during adolescence, she always had stars in her eyes. “Seeing beautiful women on TV like Diana Ross and Tyra Ferrell,” she says. “Also, the Denzel Washingtons and Eddie Murphys and Robert Townsends, seeing those people up there telling their story through the creative arts, I had a dream that I wanted to do it.”

When she turned 18, Smith moved to California and jump-started her career by performing stand-up comedy. She got her first real break in 1996 when she was cast as Tasha King on NBC’s comedy Boston Common. She’s since appeared on numerous TV shows, including The Tom Show, Without a Trace and Nip/Tuck.

Smith, who mentors emerging actors through her school, Tasha Smith Actors Workshop (TSAW), also has many film credits. In 2007, she starred as overbearing wife Angela Williams in Tyler Perry’s Why Did I Get Married? opposite Perry and Janet Jackson. Smith reprised her role in the 2010 spinoff, Why Did I Get Married Too? She also starred in the 2009 comedy Couples Retreat with Vince Vaughn and Kristen Bell.

This month, Smith emerges as the leading lady in TBS’s new comedy series, Tyler Perry’s For Better or Worse, based on his Why Did I Get Married? franchise, with her film costar Michael Jai White. “The show basically picks up a few years after the film leaves off,” Smith explains. “Seeing the ups and downs of their relationship: parenting, friendships, marriage. It shows the life of Angela and Marcus to date.” The cast includes East Orange-native Kiki Haynes, who was a student of Smith’s at TSAW. “It’s now a blessing that she’s starring in the show with me,” Smith says. For Better or Worse premieres November 25 at 9 pm.