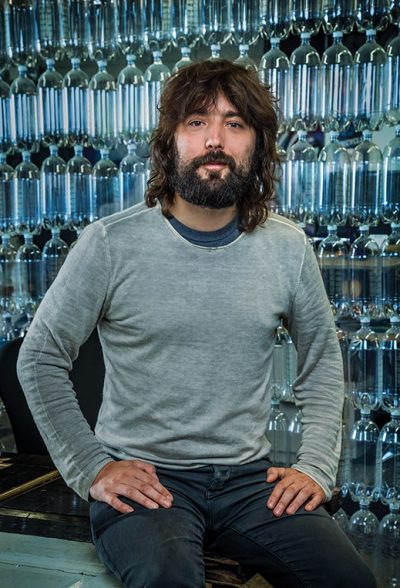 Tom Szaky has a motto: “Garbage is my passion.” The Princeton dropout with the mad-scientist mien wandered into the headlines in 2001 when he announced his intention to create a business empire selling worm-poop fertilizer. The company he launched to build it, TerraCycle, now generates annual revenues in the tens of millions (not from worm poop, but through recycled cigarette butts, coffee pods and more). It’s even been the subject of a TV docu-comedy, Human Resources, about its team of quirky-cool staffers and their mission to repurpose stuff like rolled-up toothpaste tubes.

Now TerraCycle is making news with a project Szaky, 35, of Titusville, is especially proud of: turning plastics chucked into the world’s oceans into shampoo bottles.

“People always ask me, ‘What are you doing about ocean plastics?’ And frankly, I’ve never had a good answer for them,” says Szaky. Now TerraCycle has linked with Proctor & Gamble to make Head & Shoulders bottles out of water bottles, sand shovels and other sun-scorched debris.
Szaky claims 25 percent of the world’s garbage ends up in the ocean. “Now we have an opportunity to work on it,” he adds. “The reaction in the recycling industry has been huge.”

The first run of the bottles, to be made of 25 percent recycled beach plastic from European beaches, will initially be available only in France. Szaky and company are working on getting the bottles to the U.S. market by 2018—and also on getting the junk that washes up on the Jersey Shore into the action. “We’re already actively collecting beach debris from Canada, the U.S. and Mexico,” he says.

Want to help? He’s game: “Anyone reading your article can send us their beach plastic. We’ll recycle it.”