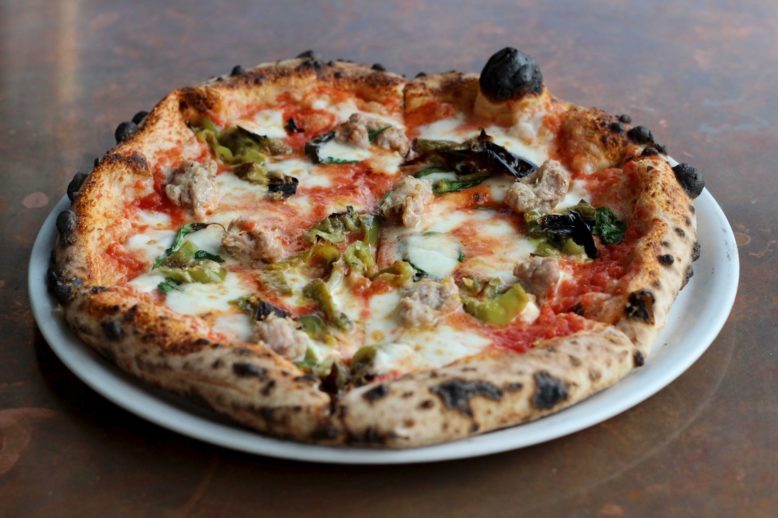 Treat yourself to a sausage- and veggie-topped pie at Nomad Pizza. Courtesy of Nomad Pizza

With a world-class university complete with a superb art museum open to the public, historic sites (Einstein’s home, Revolutionary War Battlefield Park), a top-ranked theater company, nearby lakes, churches and parks, Princeton can fill a visitor’s day many times over. You will work up an appetite. Fortunately, the restaurant scene is varied and vibrant.

Here are our top picks for the best restaurants in Princeton, in alphabetical order. 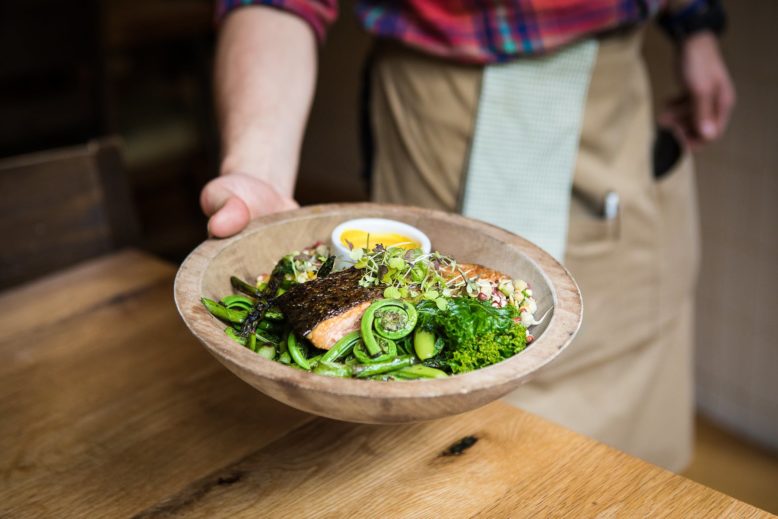 Savor salmon with greens at Agricola. Courtesy of Agricola

One of the most distinctive and appealing restaurant and bar spaces in town, Agricola has modern American food to match. International flavors and techniques broaden the appeal. Servers are upbeat, informed and responsive. Good cocktail menu as well.
11 Witherspoon Street, 609-921-2798 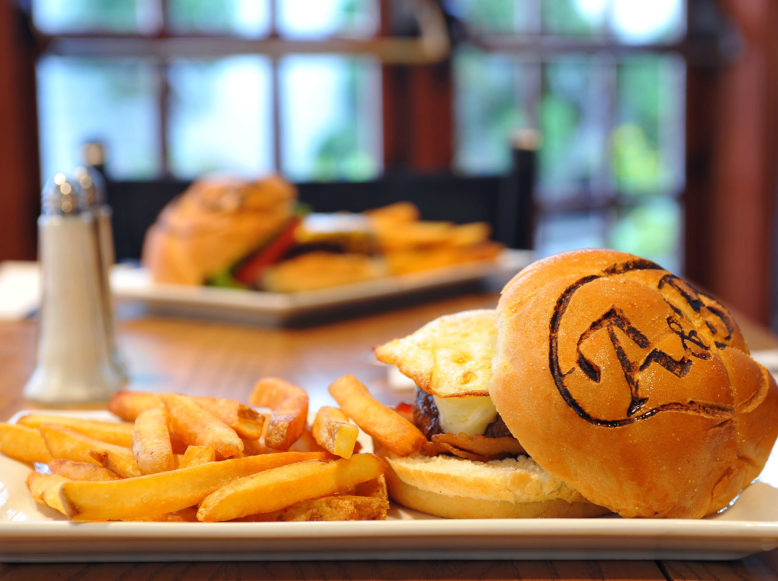 Sit down with an egg-topped burger and some fries. Courtesy of the Alchemist & Barrister

Located in an historic building on Witherspoon Street, the Alchemist & Barrister is a popular watering hole among students and visitors, with a tribute portrait of Einstein painted on the wall. Here you’ll find a variety of good pub food, from flatbreads and tacos to wings and burgers, and a rotating draft beer list.
28 Witherspoon Street, 609-924-5555 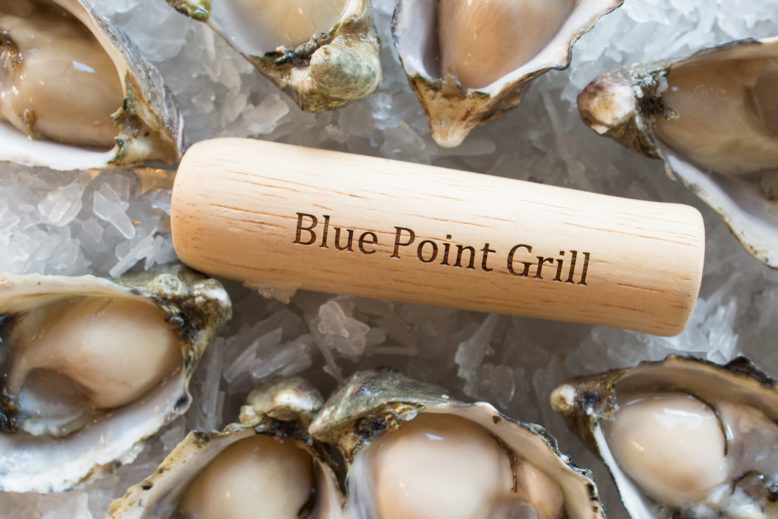 Since opening in 1999, Blue Point has earned a loyal following for its raw bar (rare at the time) and very fresh fish. Those are still the main attractions, but the menu now includes soups, salads, sides, and a few meat and chicken dishes as well.
258 Nassau Street, 609-921-1211


Photos of local soccer teams and posters of Italy’s 2006 World Cup champion team set the tone inside this beloved pizzeria, along with a long, glass-brick bar. People wait in line to get a bite of the crisp thin-crust pies with silky house-made sauce. Among many toppings, the pepperoni is particularly good. The small, thick discs curl in the oven, collecting tiny pools of flavorful oil.
339 Witherspoon Street, 609-921-8041

[RELATED: Your Guide to the Best Pizza in New Jersey] 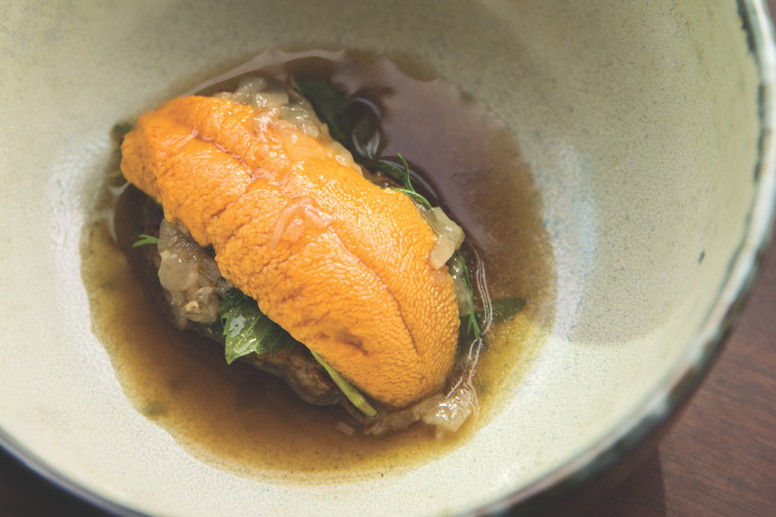 State-of-the-art cooking is always at the forefront here, and that means reaching back in time as well as staying current. Chefs Scott Anderson and Mike Ryan are foragers and students of Japanese, as well as other culinary arts. The wine and cocktail programs are on par with the top-flight food—earning Elements a spot on our 30 Best Restaurants list.
66 Witherspoon Street, 609-924-0078 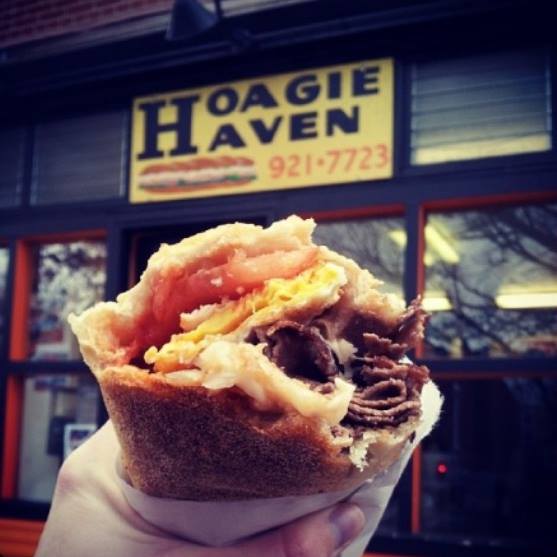 
Opened in 1974 and now on its third set of owners, the Haven, as it’s called, remains popular for its roughly 14 cold submarine sandwiches and equal number of hot ones. Plus: hot dogs, burgers, sides, salads and soft drinks. Cash only.
242 Nassau Street, 609-921-7723

In addition to being a leader in recycling and composting among Princeton eateries, Jammin’ Crêpes makes a point of buying from local farms and making its own jams and fillings from scratch for its sweet and savory crêpes as well as its sandwiches.
20 Nassau Street, 609-924-5387 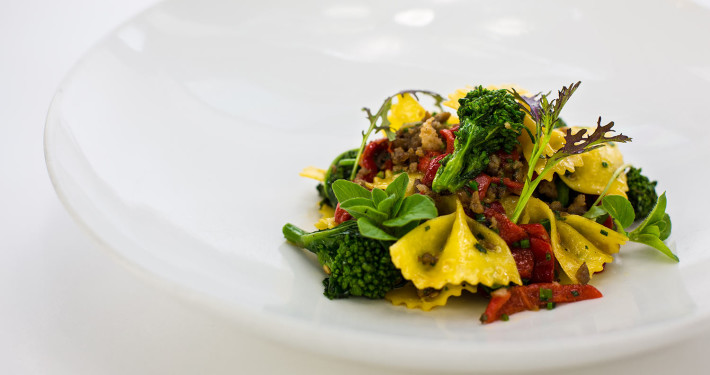 Enjoy a pasta and veggie dish at Mistral. Courtesy of Mistral

You can be forgiven for thinking of Mistral as the lovable little brother of highbrow Elements. They share ownership and a building, but Mistral has its own character. It hits every sweet spot: moderate prices; flexibility (have a quick, light meal or settle in for a longer one); and one of the most creative yet relatable and delicious menus anywhere.
66 Witherspoon Street, 609-688-8808

Nomad Pizza has two restaurants in Jersey: this one in the Princeton Shopping Center, and another in Hopewell. Nomad’s Neapolitan pies have classic semi-soft interiors and puffy crusts. Beyond the soulful Margherita, highlights include the Hot Soppressata—with tomato sauce, Italian soppressata, mozzarella, red pepper flakes, oregano and a drizzle of honey to temper the assertive spice.
301 North Harrison Street, 609-285-5187 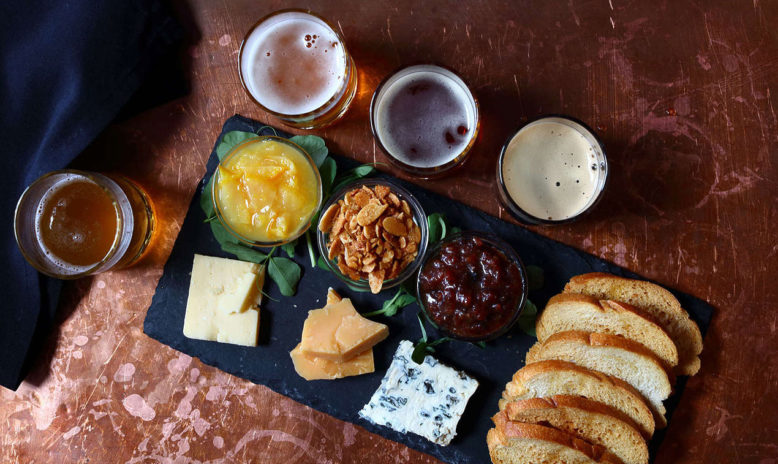 Unwind with a few beers and a cheese platter. Courtesy of Triumph Brewing

Triumph opened in Princeton in 1995, making it one of the state’s first brewpubs. It now has locations in Red Bank and New Hope, Pennsylvania, but the original still has an upscale and urbane look—plus better-than-average pub food and a rotating selection of craft beers.
138 Nassau Street, 609-924-7855 Dig into a delectable pork chop. Courtesy of Witherspoon Grill

The hot pink center, so to speak, of Witherspoon’s menu is its list of high-quality steaks and chops. Very fresh seafood, including a one- or two-tier cold seafood tower, is another attraction.
57 Witherspoon Street, 609-924-6011